Most women of child-bearing age are familiar with and typically prefer home pregnancy tests as most commercially available ones claim to be very accurate.

However, while most women know how to accurately take the test, a big portion of the home pregnancy tests could be inaccurate or gives unconvincing results.

Hence, women need to understand some of the setbacks that come with pregnancy tests, for example, expired pregnancy tests. But first, let us examine…

Pregnancy tests work by detecting Human Chorionic Gonadotropin (hCG) levels in the body. This can be detected by sampling the hCG levels in urine. hCG is the hormone that is released in huge amounts when a woman becomes pregnant.

​Inside the pregnancy test stick contains chemicals (Y-shaped proteins called antibodies) that are used to detect hCG. Like any other products, a pregnancy test does have shelf life too. If left un-used for too long, the chemical will gradually become inactive and eventually lose its effectiveness. Thus, it can be said to be expired.

​The expiration date of a pregnancy test is usually indicated as a certain month in a certain year. For instance, it can be indicated as November of 2018. However, this can lead to a bit of confusion for some women. Some may wonder if the month indicated is on the last or the first day of the month.

Never use a pregnancy test that has reached the month of expiry. #PregnancyFacts

​If you happen to land in such situation, the rule of thumb is to never use a test that has reached the month of expiry. So, never use an expired pregnancy test. This is to avoid difficulties in determining if you are pregnant or not.

Related: Why taking a pregnancy test at night is a bad idea.

When Do Pregnancy Tests Expire?

If you ever wonder if pregnancy tests expire, the short answer to it is YES. The cause of a pregnancy test becoming obsolete varies among brands. Most pregnancy tests usually last between 2 to 3 years. One thing you should know is that a more expensive pregnancy test will likely be effective for longer periods.

​Cheaper pregnancy tests tend to have a shorter shelf life. In addition, a cheap pregnancy test will likely expire earlier than indicated on the packaging. If you have had a pregnancy test lying around the house for around a year, it could be expired.

​However, an expensive pregnancy test does not mean they are better compared to cheaper ones. All pregnancy tests are equally created to test the presence of hCG.

​The only difference is that a pricy pregnancy test is manufactured by a well-known pharmaceutical company, deemed to be reliable because of their established brand name. 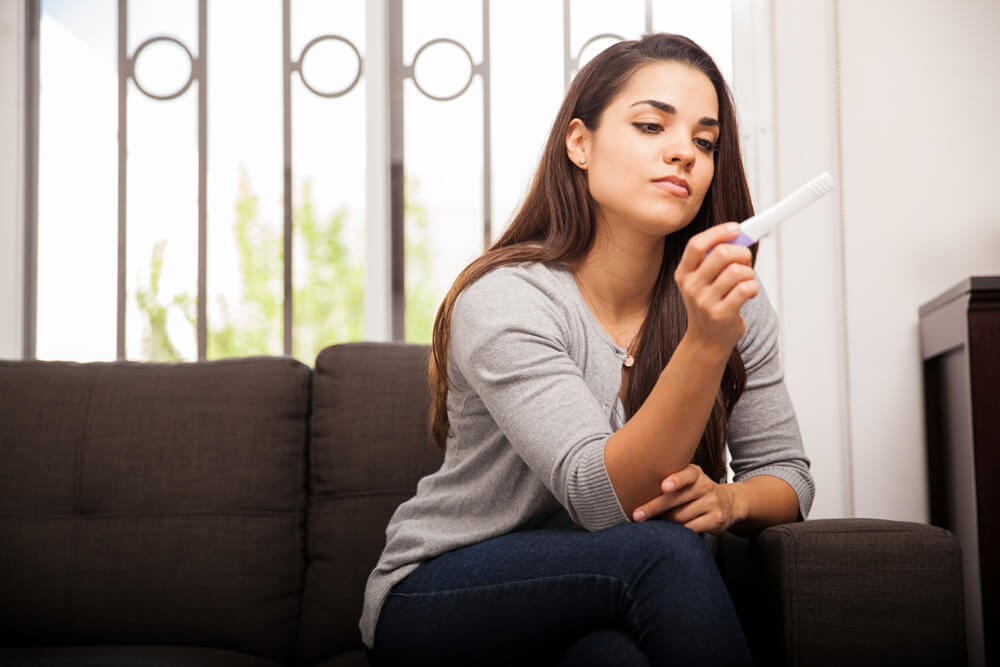 Some women claim that an expired pregnancy test can still work a few months after the expiry. However, I think this is an inaccurate assessment, which should not be taken seriously. Although it may work at times, the results will be quite inconsistent.

As soon as a pregnancy test leaves the factory, the chemical used to test hCG begins to break down slowly. By the time the test makes it past its expiry date, the special chemical is almost depleted. This means that any results you get will be inconsistent and might be disappointing. So why take the chance and end up stressing yourself with an expired pregnancy test? Just get a new one and test with peace of mind.

Early pregnancy tests have a higher sensitivity towards detecting the pregnancy hormone, hCG. Hence, those tests are able to detect low levels of hCG, which is typically the case quite early in the pregnancy.

Sometimes, it is even capable of giving accurate results before a woman misses her period. Often times, the question comes up as to whether or not this type of pregnancy test expires, and the answer to that question is yes, it does expire.

Clearblue is digital and the results require no complex interpretation since it clearly indicates “pregnant” when the result is positive. Comparatively, if you use a regular pregnancy test, two blue lines present on the display window is interpreted as a positive result. Sometimes, the lines may be quite faint, leaving a woman with doubts as to whether or not she may be pregnant.

​When purchasing a pregnancy test, you should also check the wrappers on the pregnancy test purchased. This is because although chances are slim, there have been occasions where the manufacturers accidentally placed the test in a box with a different expiration date. In case that happens to you, your safest bet is to take one with the date closest to the expiration date.

Check out this post for 'All You Need To Know About Expired Pregnancy Tests.'

Home pregnancy tests are not re-usable. They should only be used once. If your concern is on the cost of the tests, you might want to purchase them online, or even in bulk as they will be cheaper that way.

9 Situations That Give You False Negative/Positive Results

While an expired pregnancy test can give you a false negative or a false positive result due to the chemical being rendered inefficient, there are other situations where you might have such false results too:

This is one of the leading causes of a false negative. hCG builds up slowly in the blood but will multiply as the pregnancy progresses. As a result, the chemical might not be able to detect the hCG in the blood or urine early on. You should wait for at least a week after you miss your period to test for a pregnancy. It is normal not to detect a pregnancy less than a week of a missed period.

Sometimes, failing to follow instructions is one of the main reasons you are not getting an accurate result from the pregnancy test. For instance, some tests require you to test using the first urine after you wake up. You should also check if your test requires you to dip it in the urine or test midstream. Some tests have to be conducted within a ten-minute period or the results indicated are not valid.

Some fertility drugs made with hCG can give you inaccurate result because the drug artificially raises the level of detectable hCG in the blood. So, if you are taking any fertility drugs, it’s best to visit your doctor for a pregnancy test.

These conditions may force the body to produce hCG even when you are not pregnant. For example certain cancers can boost a person’s hCG even if the person is not pregnant.

Sometimes unfortunate situations occur when the pregnancy implants in the fallopian tubes instead of going into the uterus. It leads to a normal increase in hCG levels but it is not a normal pregnancy. It has to be removed from the body before it becomes life threatening for the mother.

In some instances, a pregnancy may implant in the uterus as normal but it does not develop any further. In such an instance, the body is still producing hCG levels which can be detected using the test.

This can be quite confusing for some people who do not know how to interpret the test result. Although reading the wrong result can be uncommon but it’s best to read the instructions carefully before you start to perform any pregnancy test to reduce the risk of misinterpreting the test result.

If a woman’s menstrual cycle keeps changing each month, it can be hard to predict if she is pregnant. In such a case, she should take the test after a few days of taking the first test just to be sure.

How to Choose the Right Pregnancy Test 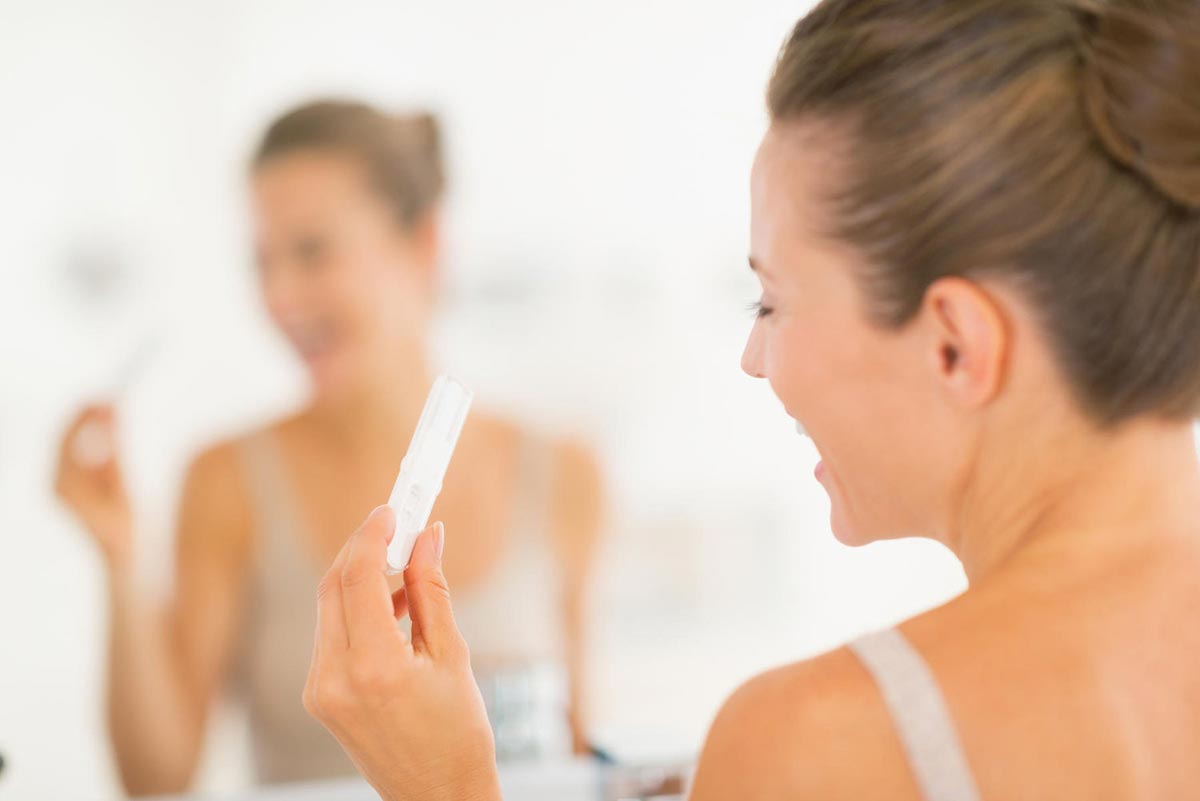 Since pregnancy tests DO expire, do not let something as silly as the test’s expiration date to cause you unnecessary stress and doubt after you had taken the test.