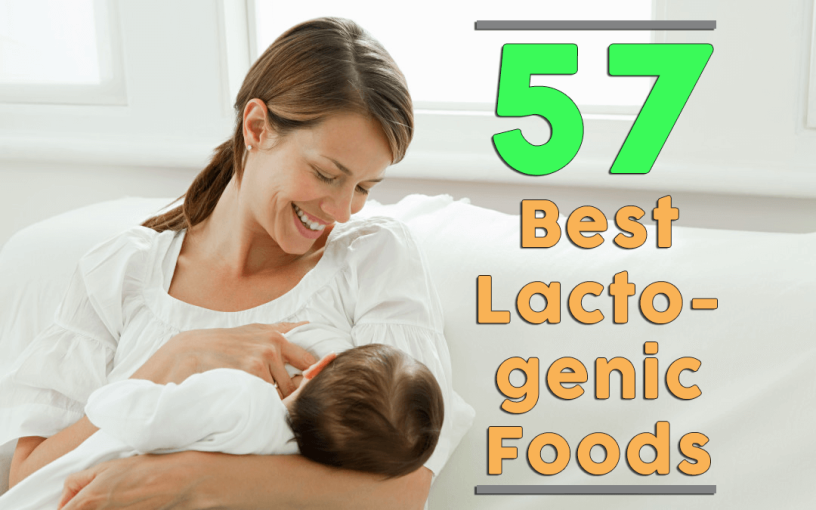 As a first time mother, I recall the breastfeeding challenges I initially faced with my little one just over a year ago. One challenge I had back then was low milk supply, and believe me, between that and the lack of sleep and all, it was quite a sad time for me, given that I had high hopes of breastfeeding my baby for as long as I could manage. If only I had known back then, what I know now about lactogenic foods…what’s that you say? Read on to find out more ☺

A mother’s diet influences her breast milk supply. Besides getting enough to eat regularly, as well as getting enough to drink, mothers facing low-supply today are turning to certain foods, drinks or herbs that are known to increase breast milk production (henceforth, known as lactogenic foods or ﻿galactagogue﻿ foods).

However, if you do not have a low supply issue, it is best that you do NOT purposefully consume more of these so-called lactogenic foods as it might cause an oversupply of milk (leading to unnecessary difficulties, for example engorgement, blocked ducts, mastitis or over feeding your baby and end up with lactose overload).

The following are some lactogenic foods that are known for helping increase a breastfeeding mother’s milk supply: 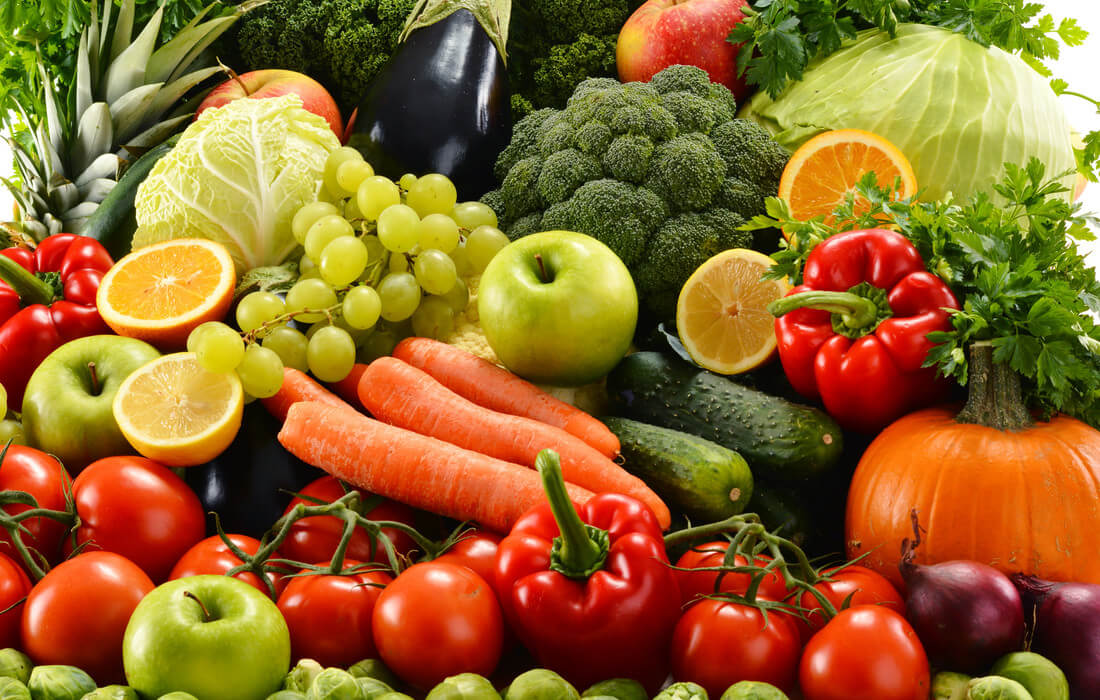 Dark green vegetables, including spinach, kale, broccoli, alfalfa and lettuce are very nutritious. They are full of minerals, vitamins, and enzymes. They contain phytoestrogens which are known to positively impact breast milk production.

Dark leafy greens are also rich in chlorophyll which boosts milk supply. On the other hand, the red-veggies are rich in beta-carotene which improves the immune system for both mother and her baby.  Many vegetables are a great source of iron and calcium, thus, fortifying the quality of the breastfeeding mother’s milk.

Green papaya is also an excellent milk-boosting food. However, it is NOT recommended for those who’re on Warfarin or mothers with latex allergies. 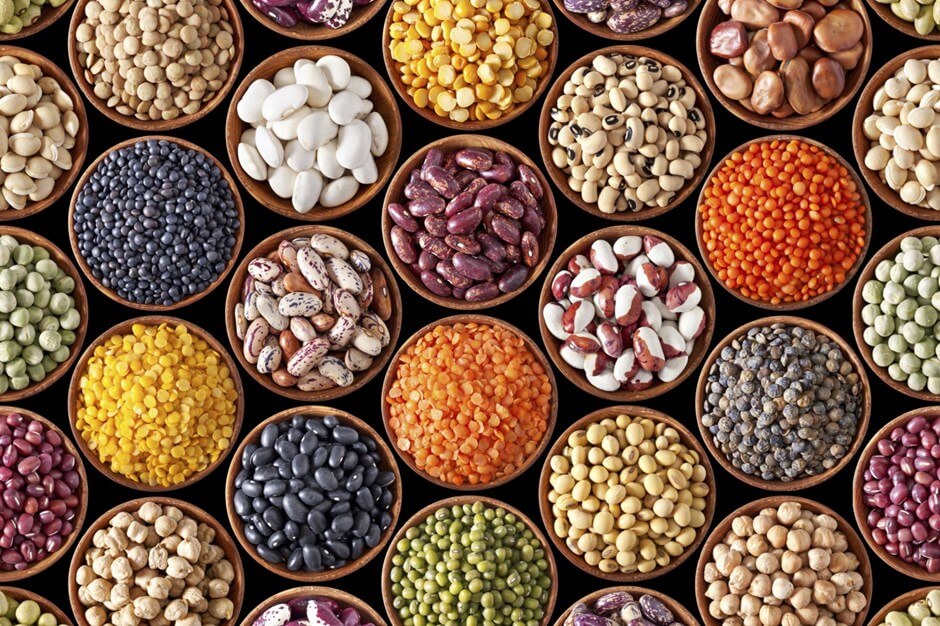 Any foods that keep dopamine levels low, and in turn keeps prolactin (that is needed for milk production) levels high, is considered a lactogenic food and helps in combating low milk supply.

Barley is a lactogenic food as it contains tryptophan which acts as a precursor for serotonin (which supports the chemistry of lactation). It counteracts dopamine, which suppresses prolactin. Barley also contains the polysaccharide beta-glucan, again making it a lactogenic food. Polysaccharides are natural forms of long-chain sugar, which have healing or immune stimulating effects on the body. Foods containing polysaccharides, specifically beta glucan, are able to encourage prolactin secretion and hence, increase prolactin levels in the blood.

Another famous grain, oats, is one of the most commonly recommended lactogenic foods in the United States, even though there is actually no scientific proof that they help with milk production. It might be because not only are they comfort food, oats also happen to be rich in iron and they do share some commonality with other galactagogues such as alfalfa.

Legumes such as chickpeas are nutritious, high in protein, and they contain plant estrogens. 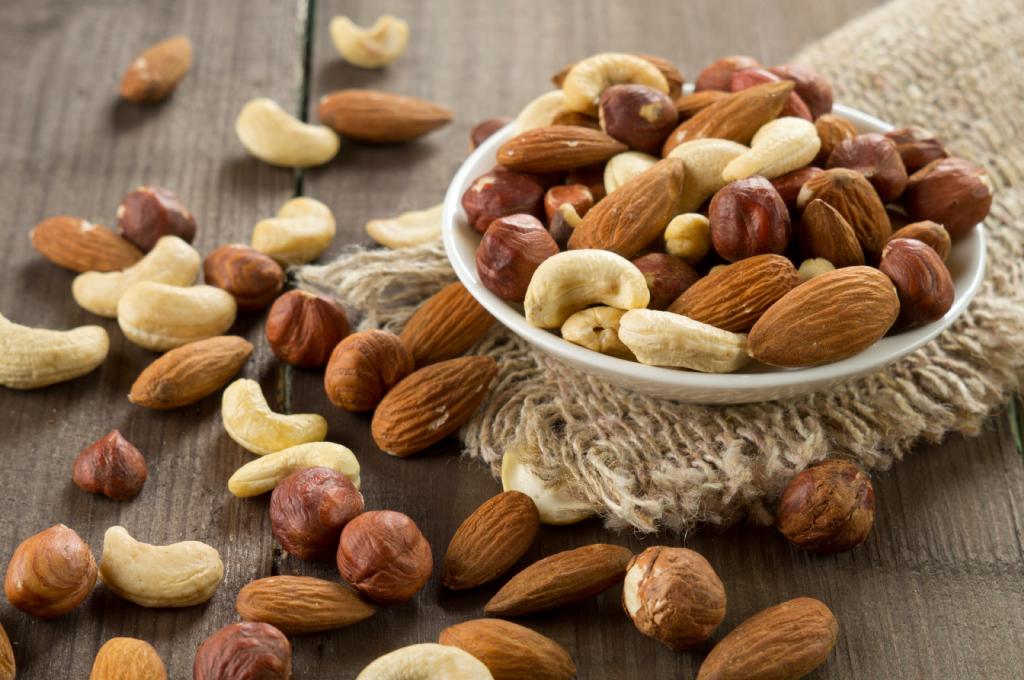 Many lactating mothers consume nuts such as almonds (in its raw form, or almond milk), to increase not only the amount of breast milk but also its creaminess and sweetness as almonds are considered galactagogues. 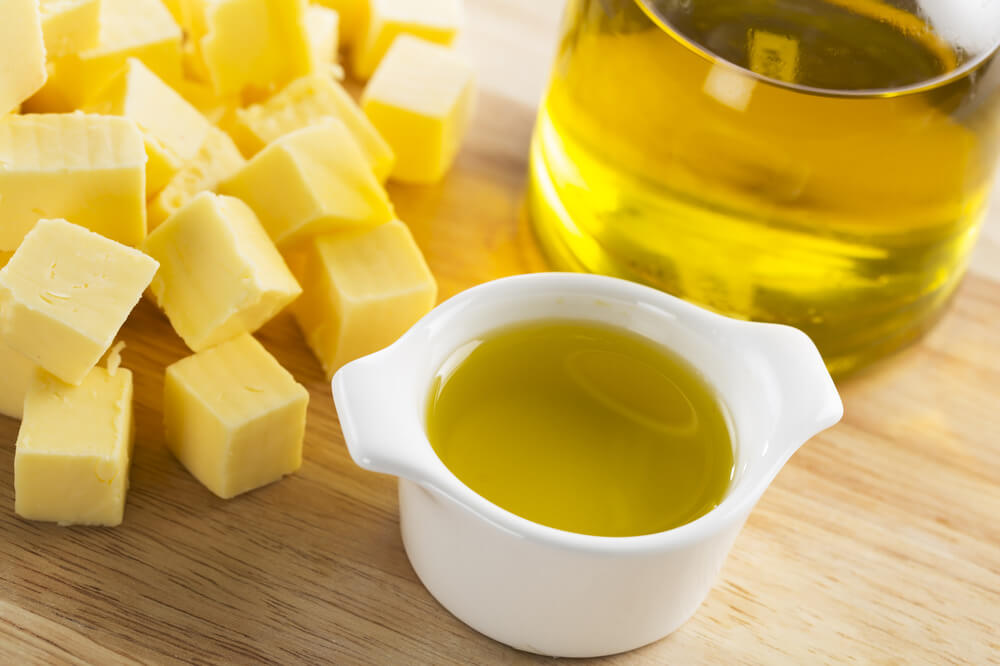 The kinds of fats a mother consumes will influence the composition of fats in her breast milk. Thus, it is important for mothers to choose healthy fats as they play an important role in cellular and neural metabolism.

Check out this post for '57 Best Lactogenic Foods to Boost Your Milk Supply.' 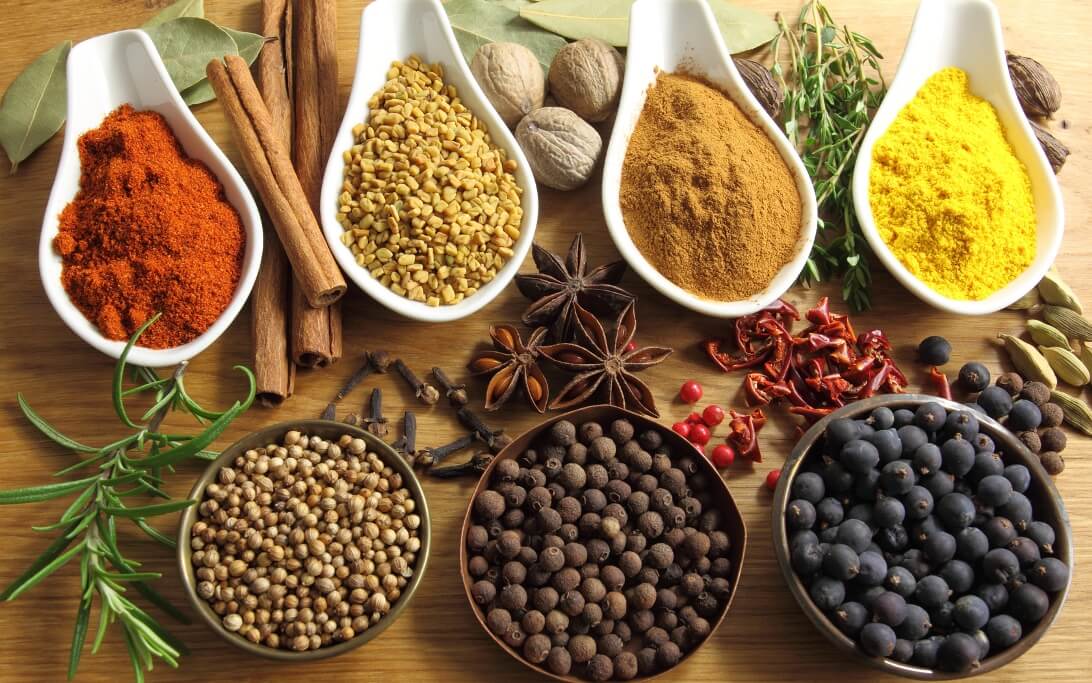 A lot of the common spices, herbs or condiments found in our kitchen have been proven to boost milk secretion. However, there are some precautions to note, for example, when using garlic, introduce it to your diet slowly and observe your baby’s reaction in case they have sensitivity towards garlic.

Another example is, if you had significant blood loss during child birth do not use ginger as it has blood thinning properties. Also, do not take ginger immediately after birth due to danger of hemorrhaging.

​Another good spice, turmeric, not only has lactogenic properties but it also helps inflammatory conditions. Of course, nothing beats the most well-known galactagogue in the US, i.e the fenugreek seed. However, although many low-supply mothers respond well to fenugreek, not all do.

Lactation experts say that when a mother's perspiration and urine smell like maple syrup, an optimum dosage has probably been reached. If there is no increase in the mother’s milk supply with fenugreek alone, then they may need to try fenugreek as tincture, or combine its intake with other lactogenic herbs. 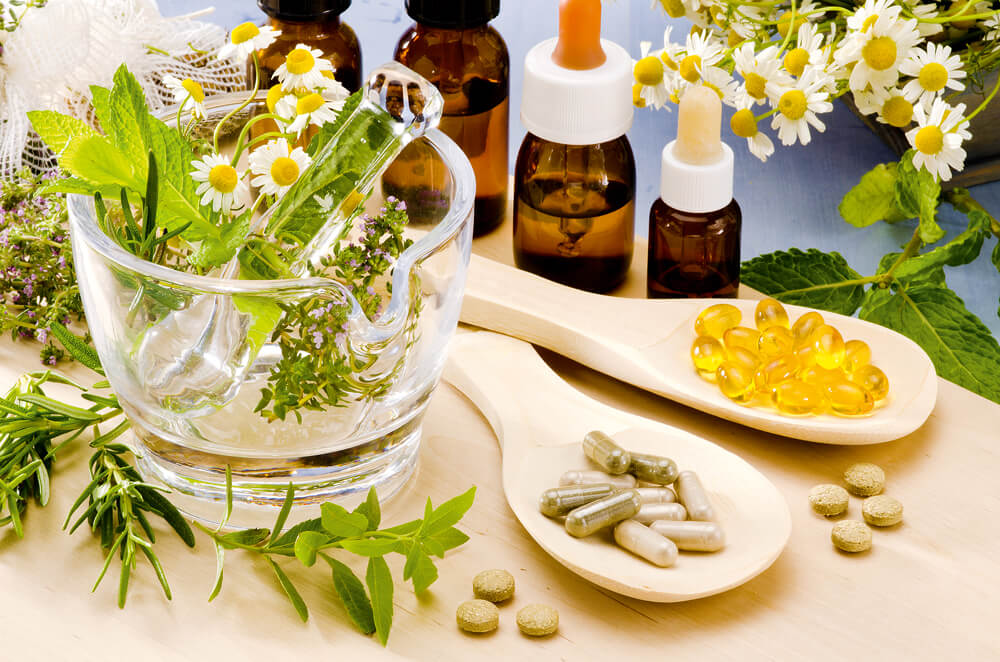 Lactation experts have noted that goat's rue seems especially helpful for mothers facing the challenge of insufficient glandular tissue﻿ of the breast. Goat's rue balances blood sugar levels, possibly improving insulin sensitivity (if you are diabetic, discuss the use of goat's rue with your doctor first).

Another supplement, brewer’s yeast contains B vitamins, iron, protein, chromium, selenium, and other minerals. It is commonly used by breastfeeding mothers to increase energy and breast milk production as it is a lactogenic food.

Nettle, another lactogenic food, contains high levels of chlorophyll, and some lactation experts believe that chlorophyll is particularly helpful in building milk supply after birth. Hops are estrogenic and help in triggering the letdown reflex. 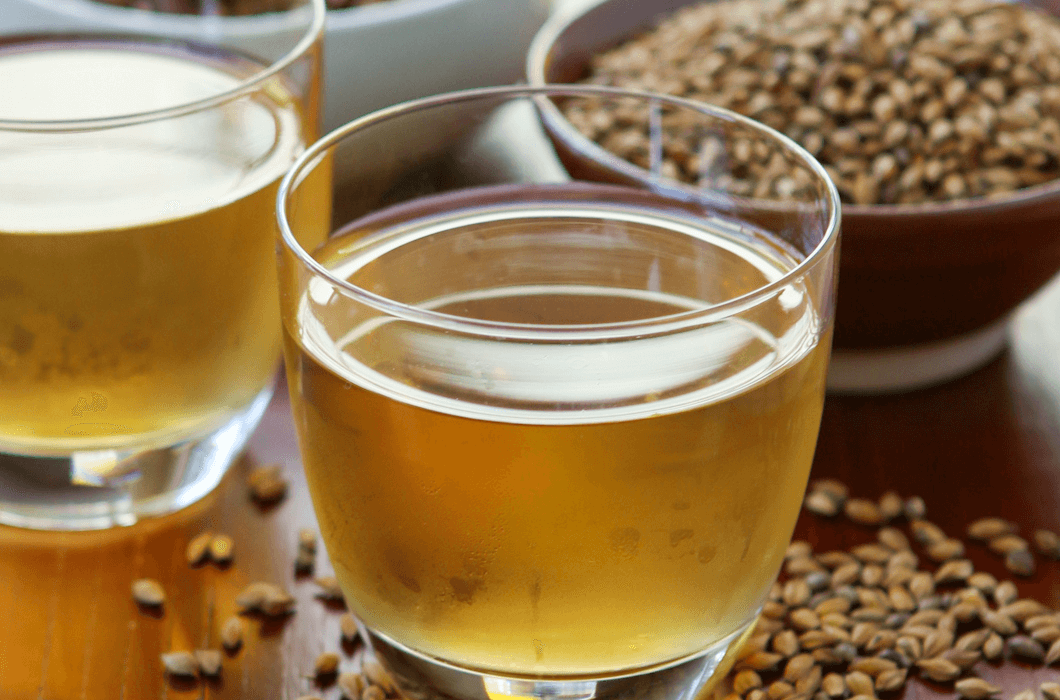 Coffee substitutes based on the lactogenic grain barley (examples: Roma, CARO, Caffix, Pero or Dandy Blend) usually contain chicory or dandelion, and malt, all of which are lactogenic. Lactation or nursing teas contain different combinations of herbs, such as fenugreek, blessed thistle, milk thistle, and fennel that are believed to help increase breast milk supply. It is also probably so well-known since teas are comforting and easy to prepare!

Before You Take Lactogenic Foods

Although we have a wide selection of lactogenic foods, don’t forget that not all mothers are created equal. Thus, what worked for your friend/colleague/neighbor, may not work as well (or may not work at all) for you.

It is often a quest on its own, for any low supply breastfeeding mother to try to identify the lactogenic food that works best for her, and it could very well be a combination of several of those lactogenic foods.

​Watch this short video for tips to increase your milk supply…

In addition, if you’re breastfeeding and toggling between low-supply or “just enough” milk supply for baby, you may want to avoid these foods: