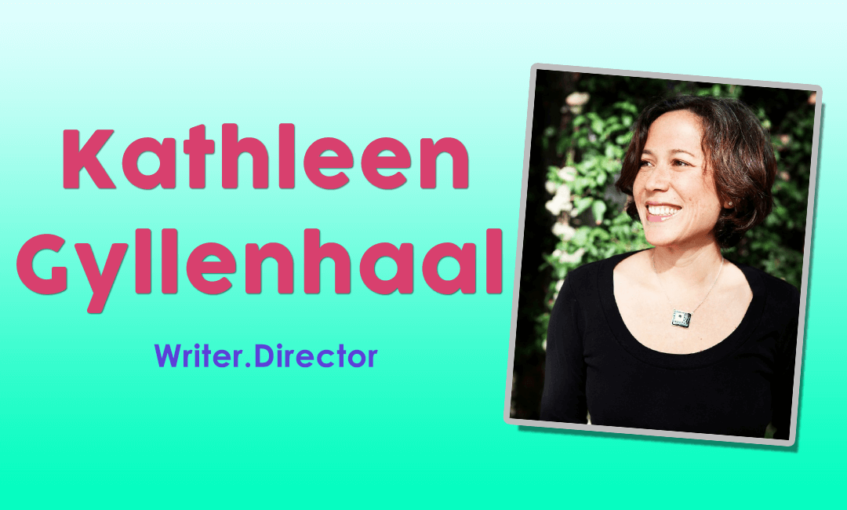 Interview with Kathleen Gyllenhaal The Director Of IN UTERO Film

About IN UTERO Film

IN UTERO is a cinematic rumination on what will emerge as the most provocative subject of the 21st Century – life in the womb and its lasting impact on human development, human behavior, and the state of the world.

IN UTERO brings together for the first time convincing data that explains why some of us face challenges from the start while others thrive.

Fetal origins experts, research scientists, psychologists, doctors, and midwives – as well as examples from popular culture and mythology – collectively demonstrate how our experiences in utero shape our future. Continue to read here.

Tell us about yourself.

I’m a new mom, my son is nearing 2 years old. I’ve been involved in film for a while now, both as a film professor at Vassar, and now as a writer/director of independent film and television.

What draws you to film IN UTERO?

I was trying to get pregnant, having some difficulties (2 miscarriages), and I wanted to understand more about conception and the prenatal period.

I read a wonderful book called “﻿Origins” by Annie Murphy Paul, along with a lot of other articles, which opened up the world of developmental origins of health and disease to me.

As a writer, and simply as a curious human being, I’ve always wanted to understand the cause of things. And since I was trying to embark on the biggest and most important journey of my life (becoming a mother), I wanted to understand everything I could about the relationship between a mother’s health and that of her growing fetus, so that I could lay a better foundation for conception and pregnancy.

How long did it take to shoot IN UTERO?

About a year-and-half to research and shoot. And then over a year to edit it, and another year for festivals and distribution. Which brings us up to date, with the film becoming available online this Fall.

What is the most challenging part when shooting IN UTERO?

For me, it was finding all these fascinating people working in different fields whose work actually intersected in profound ways. So many people are turning towards the prenatal period now, independently of each other.

Which really proves that we’re on to something. But it meant that I had to trust my instincts that these experts would collectively create a narrative for the film.

Editing took so long because we had to connect the dots ourselves. We had to absorb all of this information coming from many different directions, then create a narrative that wove them all together.

This was both stimulating and time-consuming, but I think we found the through-line the end.

What’s next for IN UTERO?

In mid-July, I launched a blog on The Huffington Post which is a companion piece to the documentary. Since there is so much material in the film, we thought a blog would be a way to go deeper into some of the issues the film raises.

And also create an interactive forum where people can comment and join the discussion. My husband, and the producer of the film, also contributes to the blog, so it’s a joint, co-authored venture.

Also, we’re developing a reality tv show that would follow mothers-to-be from pre-conception to birth.

Again, this is a way to delve deeper, in this case, to really see what a woman goes through, all the stressors, the pressures, the joys and the fears, the highs and the lows, while she is carrying a child.

And the show would provide expert advice, counseling, and medical care that stems from the research presented in the In Utero documentary.

​We’re just trying to find ways to get the information out there, to keep expanding, so that mothers feel more supported, less stressed, and better prepared for birth and motherhood.

Any particular audience that you think should watch IN UTERO and why?

I always say everybody should watch it since we were all in utero at one point! And the film really gets philosophical and looks at how we are all preoccupied to a certain extent with our experiences in the womb, whether we’re conscious of it or not.

​But of course, the film is particularly relevant to women who are pregnant or thinking of getting pregnant, as well as their partners, family members — anyone who will be a part of the “village” that will help raise the child.

Check out this post for 'Interview with Kathleen Gyllenhaal The Director Of IN UTERO Film.'

What is the best thing that you learn/get from shooting IN UTERO?

What is the one message that you are trying to convey to your audiences in IN UTERO?

Support mothers. Support them at the start of their journey to motherhood, so that the children they carry will know peace from the very beginning of their lives. So that, when they grow up, they will make the world a better place.

How did you get started in filmmaking?

I was brought up watching movies from an early age because my dad is a cinephile and a film historian.

Films were like foundation myths for me. They taught me about the world, about morality, humanity. I often refer to different characters and plotlines like they were real people or real events.

I know they’re not real, it’s just that they mean something to me and taught me something.

What is the best thing about your role and why?

As a writer and a director, I’m always learning. About a subject, or human nature. And to live is to learn, so I’m really lucky that my work requires that I keep asking questions.

What motivate you to become a director and a writer?

I’ve always been motivated by the sheer reach of film/tv. If you can tap into that media stream, then you can really bring valuable information and ideas into many people’s lives.

A lot of media content is meant to distract and entertain. But some content goes further, and can bring awareness to an important subject and maybe even enriched people’s lives, while still being compelling and entertaining.

I’m trying to tap into that.

Change. Changes inspire me. People who are interested in change and are willing to do the hard work of bringing about change.

Who inspires you on a daily basis?

My son. His insatiable curiosity astounds me.

What is your top 3 favorite films?

A﻿madeus is my favorite film of all time. Milos Forman. I can’t really come up with a second or third.

How do you balance your working life and still spend enough time with your child and family?

Finding a balance is still hard, and I find myself more sleep-deprived and exhausted than I’ve ever been in my entire life, but it’s totally worth it.

Just a thought I recently had — that every day with your child is truly a miracle. And every day you pay for it in full. Haha.

That is to say, it’s an incredible privilege having a child, but it does require everything you have, everyday.

Any general tips for people who want to get into filmmaking?

Read a lot. Learn about human nature. Travel. The more you know about your subject (human beings) the more you’ll have to say.

The technical side of filmmaking can come later. But you can never make a good film if you don’t have a good story.

Love this interview and want to read more? Head to our interviews section and read on different parents whom took up entrepreneurship and created beautifully and excellent baby products from clothing to mobile app and much more. Their stories are sure to inspire you!

At BabyDotDot, we love to listen to your success stories. If you are currently doing anything related to baby, children and parenting stuff and wish to get us to feature your work, drop us an email here and we'll get back to you. Talk to you soon!

Interview with Alex Ooi the Founder Of Feed Baby App

Interview With Suhail Abidi the Founder Of Tinystep

Interview With Yang DuckYong the Founder Of BabyTime App

Interview With Adam Bottino The Founder Of BabyMoso