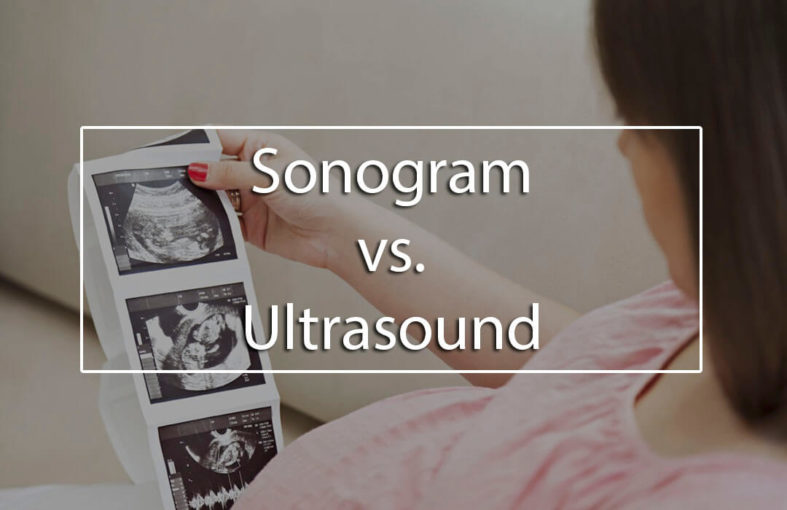 When you are pregnant, you always look forward to ultrasound sessions to see the adorable images of your tiny fetus. While some doctors interchangeably use the terms sonogram and ultrasound, are they same?

While some people feel excited on the mere mention of sonogram during their pregnancy, others are not too excited. Some of us feel confused, fear and dread thinking about the situation. Well, don’t fret as we will help you know more about the sonogram vs. ultrasound difference.

So, if you are counting days for the arrival of your little one, we will help you clear the confusion between both the terms and make it easy for you to understand. 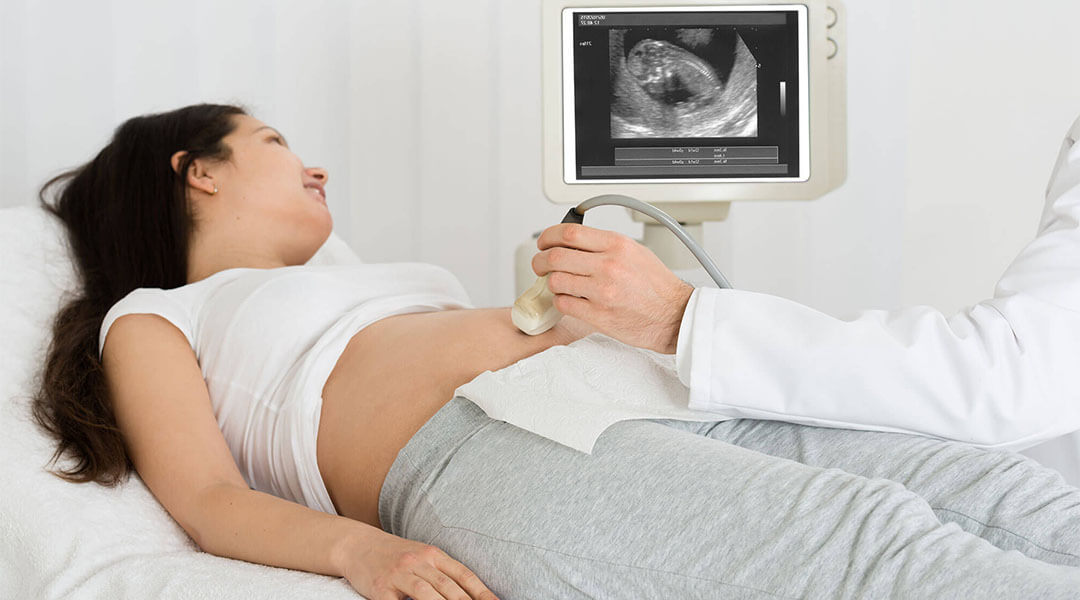 Nowadays, the terms sonogram vs. ultrasound is used interchangeably. However, the two terms differ technically. Read on to know about the difference between sonogram and ultrasound and how does an ultrasound work.

Ultrasound is the name of the exam that actually takes place. During an ultrasound, the doctor applies an ultrasound gel to the area which needs to be scanned. This gel makes it easy to transmit the high-frequency sound waves produced by the ultrasound transducer.

The gel also acts as a lubricant which makes it easy for the doctor to move the transducer over the skin with minimal or no resistance. Therefore, through this process, an image of the fetus is produced by a simple non-invasive procedure.

A sonogram is an image produced by the ultrasound procedure. This image allows the medical professional to get a visualization of the internal body which makes it easier to know more about the progress of the fetus. Through a sonogram, the doctor can check for abnormalities, calculate the age of the fetus and determine the due date.

Moreover, sonograms can also be used to determine medical issues that cannot be identified from the outside. So, in other words, it can be said that ultrasound is the process while the sonogram is the result.

There are several different types of ultrasound exams which are performed on different body parts according to requirement. However, the most commonly performed ultrasounds are:

The abdominal ultrasound is generally used to produce sonograms of upper abdomen organs, including:

The vascular ultrasound is generally used to capture the images of arteries and veins present in the body. It is an ideal and noninvasive way to check for the signs of stroke and other health-related issues.

A majority of people are aware of obstetrical ultrasound. During this procedure, the health of the fetus present within the uterus is examined. According to some studies, it has been shown that practicing prenatal yoga is a great way to strengthen your abdominal and ensure a healthy delivery.

If you have been experiencing certain symptoms associated with breast cancer, the doctor may suggest you opt for breast ultrasound. This ultrasound helps determine the nature of the defect.

The 3D ultrasound is used to create a 3D image of the fetus with full visual effects. Some doctors may advise you to undergo 3D ultrasound because it helps them know more about certain congenital disabilities. This kind of ultrasound has been gaining popularity recently.

The fetal echocardiography allows the doctor to see the structure and function of the heart of your unborn child in a better manner. Generally, this test is done in the second trimester, between weeks 18 to 24. 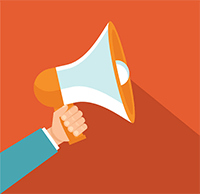 Check out this post for 'Sonogram vs. Ultrasound (What Is The Difference Between Them?)' @baby_dot_dot

How to Perform an Ultrasound?

If you have been thinking, “How do you prepare for an ultrasound?” the answer is simple. A gel is placed on the abdomen which works as a conductor for the sound waves.

Next, the healthcare provider uses a transducer to produce the sound waves. These waves bounce off tissue and bones to return back to the transducer probe. Further, the computer interprets the sound waves to generate a black and white image of the fetus.

Ultrasound is safe and has no side effect on the human body or the fetus.

What Are the Uses of Ultrasound? 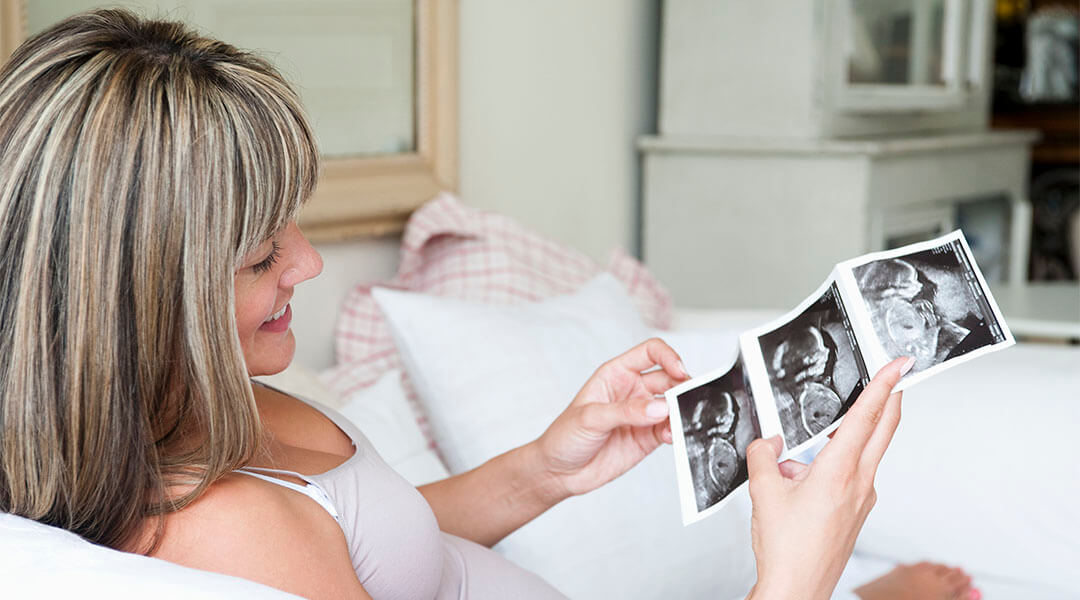 With ultrasound technology, doctors can view the growing fetus inside the mother, determine the number of the fetus, size of the baby, gender and the gestational age. There are plenty of other ultrasound uses as well.

Ultrasound is used to:

One of the most significant advantages of ultrasound is that it can help observe structures without using radiations. Moreover, it can be done faster than x-rays or other radiographic techniques.

When Are Ultrasound Performed?

So, how soon can you have an ultrasound to confirm pregnancy?

There is no cap on the number of ultrasounds that must be performed during the routine prenatal care. However, ultrasound should be used when doctors recommend as there are many healthy pregnancies that do not require an ultrasound.

A doctor may suggest you undergo a separate ultrasound if he suspects a complication or problem in your pregnancy.

Nowadays, there is little or no preparation required for getting an ultrasound done. For an early ultrasound, the nurse may ask you to drink water and hold off on urinating for an hour before you get the ultrasound done. This is done because a full bladder makes it easy to get clear images.

While performing the mid-pregnancy ultrasound, doctors are looking for anatomical problems and other important issues. Sonogram during pregnancy is a serious medical exam, which will help you know more about the health of your unborn child.

The number of ultrasound you require during pregnancy will vary according to your situation and your doctor’s preferences. The late pregnancy ultrasound is often called as a biophysical profile. This exam helps identify the amniotic fluid level, fine movement, fetal growth and breathing motions.

Yes, ultrasound and sonogram help doctors to look for tumors in certain areas of the body which generally don’t show up well on x-rays. Ultrasound is usually quick and is often done as an outpatient procedure.

We think now you are clear about the differences and similarities of sonogram vs. ultrasound. Whether you want to get a sonogram of the baby or want to detect cancer, make sure to get in touch with an experienced and knowledgeable doctor.